The BluePlasma consortium receives approval from VLAIO to set up an R&D pilot project. In concrete terms, an infrastructure will be built in Antwerp to convert CO2 into CO via plasma technology. The idea is to capture greenhouse gas (CO2) locally and convert it into a high-quality chemical material (CO). This carbon monoxide can then be used in many different industries, such as metallurgy and petrochemistry. 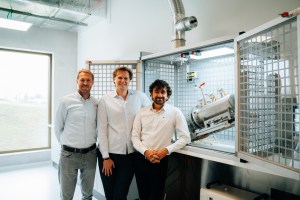 of D-CRBN’s prototype recycling 100 tons of co2 per year.

In the fight against climate change, it is important to reduce our CO2 emissions, among other things, quickly and very substantially. One of the ways to do that is by capturing CO2 at its source. At companies that burn a lot of fossil fuels, CO2 can be captured at the chimneys so that it is no longer released into the atmosphere. This carbon capture technology is an important lever to emit less CO2 in the future.

“We can then store the captured and purified CO2, but we can also make new raw materials from it. And that is exactly what BluePlasma’s research project wants to focus on”, according to Gill Scheltjens CEO of D-CRBN.

To capture CO2, a lot of European companies are running large CCS projects. CCS stands for Carbon Capture & Storage. The idea is to capture and store CO2, mainly underground. There are also concrete plans for large CCS projects in Flanders.

For example, the Kairos@C project in Antwerp currently envisions the largest international value chain for CCS. They are focused on capturing and purifying CO2. They then liquefy that CO2 so that it can be transported via pipelines or ships. In Norway, for example, CO2 can be stored underground.

Now with BluePlasma, we intend to create a second value chain. “We no longer just want to store the captured and purified CO2 underground, but convert it into CO”, as stated by David Ziegler CCO from D-CRBN. This is a building block that can be used as a high-value raw material in many different industries. “So we capture CO2 locally and convert it into CO that can then be reused in the same local industry”, David ads.

Plasma technology is not new, but the efficiency to convert carbon dioxide to carbon monoxide has traditionally been low. In cooperation with D-CRBN, the University of Antwerp has developed a new process in which the efficiency is at least five times higher. And that is important because it makes it possible to ‘”harvest” CO2 locally and reuse it locally. The purpose of the BluePlasma project is to scale up this academic breakthrough to a pilot installation. In addition to storage and electrification, plasma technology is becoming an important third avenue to ensure that less CO2 is released into the atmosphere.

The ICON project aims to develop an R&D pilot infrastructure in Antwerp. This is part of their ongoing research and development. The next step would then be to develop a locally applicable concept in Flanders. If that scale-up is successful, manufacturing plants could integrate a plasma reactor into their processes as a way to contribute to a circular economy.

The announced R&D pilot project is an ICON project. Here below, more information is given about what that entails and who the partners of this BluePlasma project are.

ICON stands for Interdisciplinary Cooperative Research. This is a type of project in which an ad hoc and balanced consortium develop new knowledge. This consortium must consist of one or more research organizations and at least three independent Flemish companies. It is essential that the research must be about knowledge that can be applied in practice. For example, an ICON project contributes to the economic and a broader social added value in Flanders. Flemish industrial partners can rely on support from VLAIO in this respect.

Partners of the BluePlasma consortium

In BluePlasma, D-CRBN takes the lead. D-CRBN is a spin-off of Professor Annemie Bogaerts’ plasma research group Plasmant (University of Antwerp) and is currently based at BlueChem. Besides D-CRBN and Catalisti, the spearhead cluster for chemicals and plastics under VLAIO, the BluePlasma consortium brings the following industrial partners together: ArcelorMittal, BASF, Engie, Vopak, and Talenco, who will build the pilot line. Additionally, the University of Antwerp and VITO make the BluePlasma consortium complete.

“The production of steel is a difficult process to electrify. However, the availability of renewable electricity is the engine behind the decarbonization of energy-intensive companies. Hydrogen is a reducing gas that can convert ore into steel by producing H2 with renewable electricity, but this requires new furnaces. Despite that, the centuries-old steel production processes, such as the highly optimized blast furnaces or DRI furnaces, mainly use CO as a reducing gas, derived from coal. The BluePlasma project, which converts CO2 emissions back into CO, can therefore become a means to electrify and decarbonize the existing production resources, at a low cost, by greatly reducing the use of coal. In addition, part of the CO can be supplied as raw material for plastics to neighbouring chemical companies.”

“BASF’s global ambition is to reduce its CO2 emissions by 25% by 2030. With the Carbon Capture & Store project, Kairos@C, BASF Antwerp will already reduce its emissions by a quarter as early as 2026. By conducting research into new, additional technologies such as BluePlasma, in which CO2 is captured and converted into a high-quality chemical raw material via plasma technology, we can achieve even more emission reductions. That way, we will be contributing to the circular economy as well.”

“The BluePlasma project is about making molecules from electricity that can serve as a feedstock for the chemical industry for processes where direct electrification is not possible! This ICON project is a great example of an industrial cross-sector collaboration between the chemical and the energy industry, we need many more of those since both are crucial to succeed in the energy transition. The border between chemistry and energy is slowly fading away, particularly, related to power to molecules.”

“Vopak is developing new infrastructure solutions to contribute to the introduction of future vital products actively. Therefore, we are focusing on new solutions in the areas of low-carbon and renewable hydrogen (ammonia, liquid hydrogen, LOHC), CO2, sustainable feedstocks, and long- duration energy storage. Our expertise and presence in the main industrial clusters make us well-equipped to actively contribute to the development of new supply chains for the energy and feedstocks of the future. Vopak is exploring opportunities for CO2 infrastructure in Antwerp, Houston, and Singapore together with partners. Developing CO2 infrastructure is part of our new energy strategy. With BluePlasma Vopak participates and adds value in an early stage to form the new CO2 value chains.” 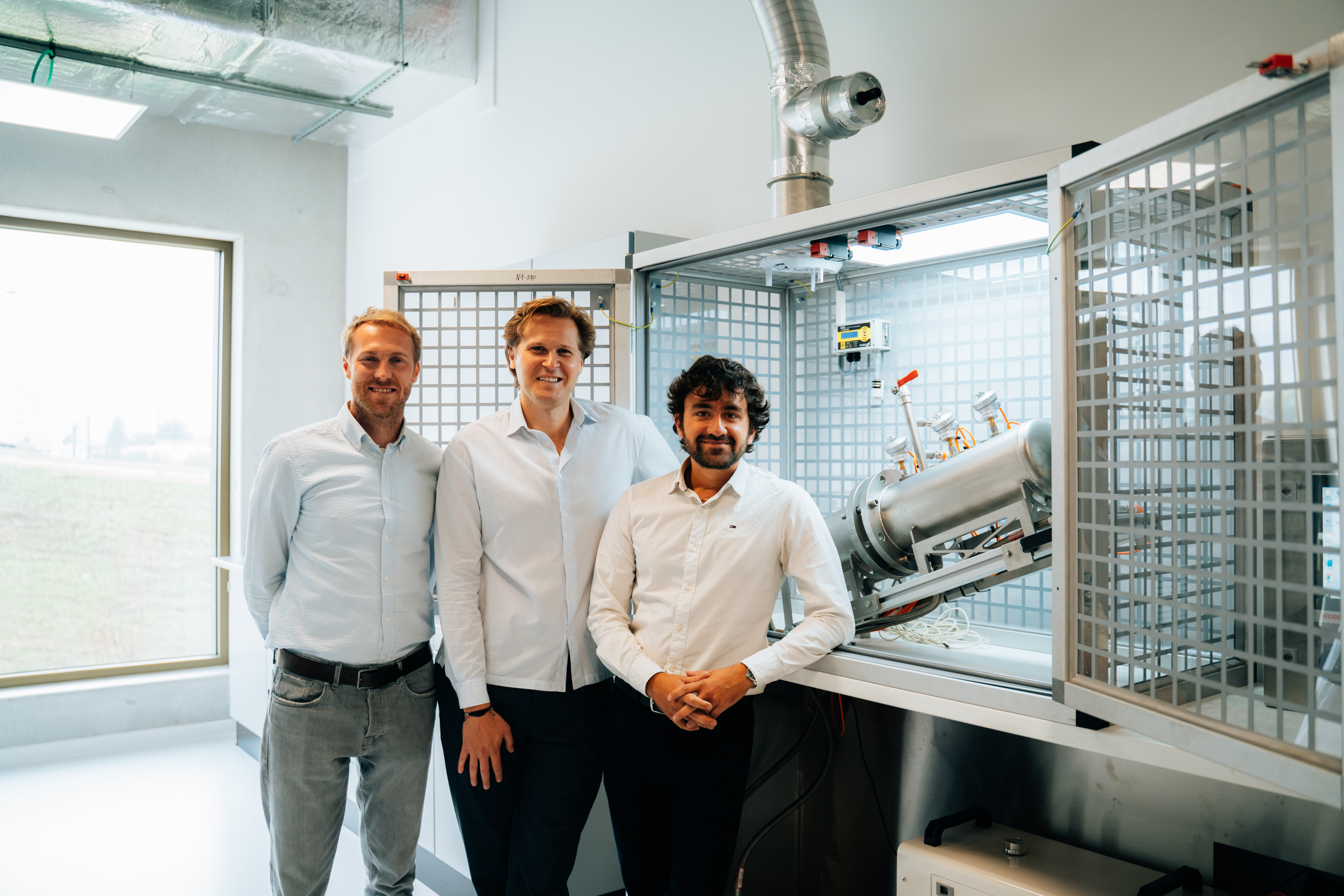